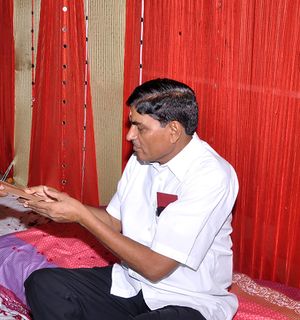 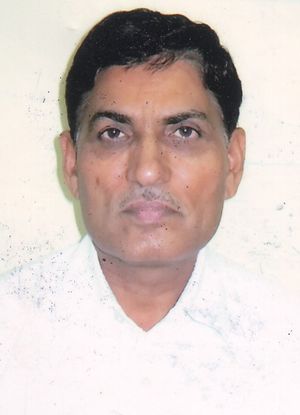 Tara Chand Saharan (??????? ?????) is a senior RAS officer, who retired from the post of Member, Revenue Board, Ajmer on 31 December 2011. He is Life Time Member Trustee of Gramotthan Vidyapeeth Sangaria.

He was born on 5 December 1951 in village Purani Abadi of Ganganagar, Rajasthan.

He completed his M.Sc. (Physics) in 1974 from University of Rajasthan, Jaipur.

a) Judicial Work: As Member, Board of Revenue for Rajasthan, Ajmer (B O R), which is highest court in the State for land revenue cases, worked for nearly THREE years and disposed off more than 2200 cases, out of which more than 1000 were contesting cases, in which detailed orders passed. More than 200 decided cases were reportable; those have been reported in prestigious journals like RRD, RLW etc.

b) Advisor to the Government: Worked as Special Assistant to the Cabinet Minister, Government of Rajasthan, in Revenue, Colonision, Waqf and Sanik kalyan Department; who is mainly responsible to frame policies for the development of the State and to supervise & issue directions for the implementation their off, for THREE & HALF years. Besides taking many important decisions, more than THIRTY amendments had been made in Revenue and Colonision laws.

f) Corporations & projects: Worked as Project Director (Planning & Monitoring) in Department of Command Area Development for Indira Gandhi Nahar Project for more than THREE years at Bikaner, during this period the Project not only achieved the target fixed by the State Government but selected for National Productivity Award also. Worked as Advisor (A & M) in Rajasthan Industrial & Investment Corporation (RIICO) for more than THREE years at Jaipur, during this period, as in charge of HR section & member of Departmental Promotion Committee, resolved the many outstanding problems of the staff, fill up the available vacancies by conducting meetings of DPC’S.